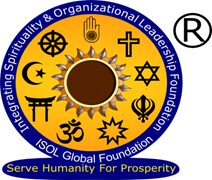 Sri Ramakrishna, the greatest spiritual leader of 18th century (1836-1886) from India, talked and emphasized oneness of God and advocated harmony in religions. ‘God is, one, the ways may be different’ was what he experienced through his different spiritual experiences in Kale’s Temple, Masjid, Gurudwara and church and hence he started emphasizing harmony of religion. According to him it is not the fusion of religions but a fellowship of religions based on their common goal – communion with God. This harmony is to be realized by deepening our individual God - consciousness (Dasgupta, 2001).

Sri Ramakrishna is a perfect incarnation of Hindu genius and his greatest contribution to the world of thought is his declaration of the harmony of all religions after actual realization of their highest truths. In one life of 50 years and odd, Sri Ramakrishna lived ‘the five thousand years of national spiritual life, and so raised himself to be an object-lesson for future generations.’ Out of his direct perception of the truths of all the religions, he declared the existence of the one and only supreme Being, and not more than one, who is worshipped as Brahman by the Hindus, Buddha by the Buddhists, Christ by the Christians and Allah by the Muslims just as the same water is named differently in different languages (1986, p. 248).
Sri Aurobindo says:

The vast and all–comprehensive synthesis arrived at by Sri Ramakrishna is a spiritual verity. It was not designed, but discovered; it was not reasoned out, but revealed. It has, therefore, all the permanence of a natural law or scientific truth. Why then is our vision of the harmony of religion dimmed. I would like to quote a story from ‘Ramakrishna and His Unique Message” written by Swami Ghananada and published by Advaita Ashrama, Kolkata in 2005 (p.142):

Tolerance, reconciliation, cooperation and fellowship of faiths are the graduated steps to be achieved for establishing the harmony of religion. Sri Ramakrishna lived this harmony of religion. Swami Vivekananda proclaimed at the Parliament of Religions at Chicago – ‘Do I wish that the Christian should become a Hindu? God forbid. Do I wish that the Hindu or Buddhist should become a Hindu or a Buddhist, nor a Hindu or a Buddhist to become a Christian; but each must assimilate the spirit of others and yet to preserve his individuality and grow according to his own law of growth (Swami Vivekananda, Chicago Address).
It is only through the friendly contact amongst religions that we can pave the way for fellowships amongst cultures and civilizations. Swami Ghanananda writes, “…The unity of purpose and the affinity of aspirations underlying the acceptance of the harmony of religions will diffuse from the plane of religion to the plane of cultural thought, and pave the way for the concord of cultures and symphony of civilizations. Communal and national as well as regional and racial cultures and civilizations will be benefitted by contact between themselves. They will lose the spirit of narrowness and exclusiveness and contribute their share to world culture and world civilization” (2005, p.139).

To Conclude
Sri Ramakrishna’s idea of a Universal Religion was based on the synthesis of sectarian beliefs. He, after practising Hinduism, Christianity, and Islam boldly, declared the oneness of different religions – based on his profound realization of the ultimate reality. He recognized the differences among religions but held the view that in spite of these differences every religion has an essential core of spirituality which constitutes the common ground of all religions.